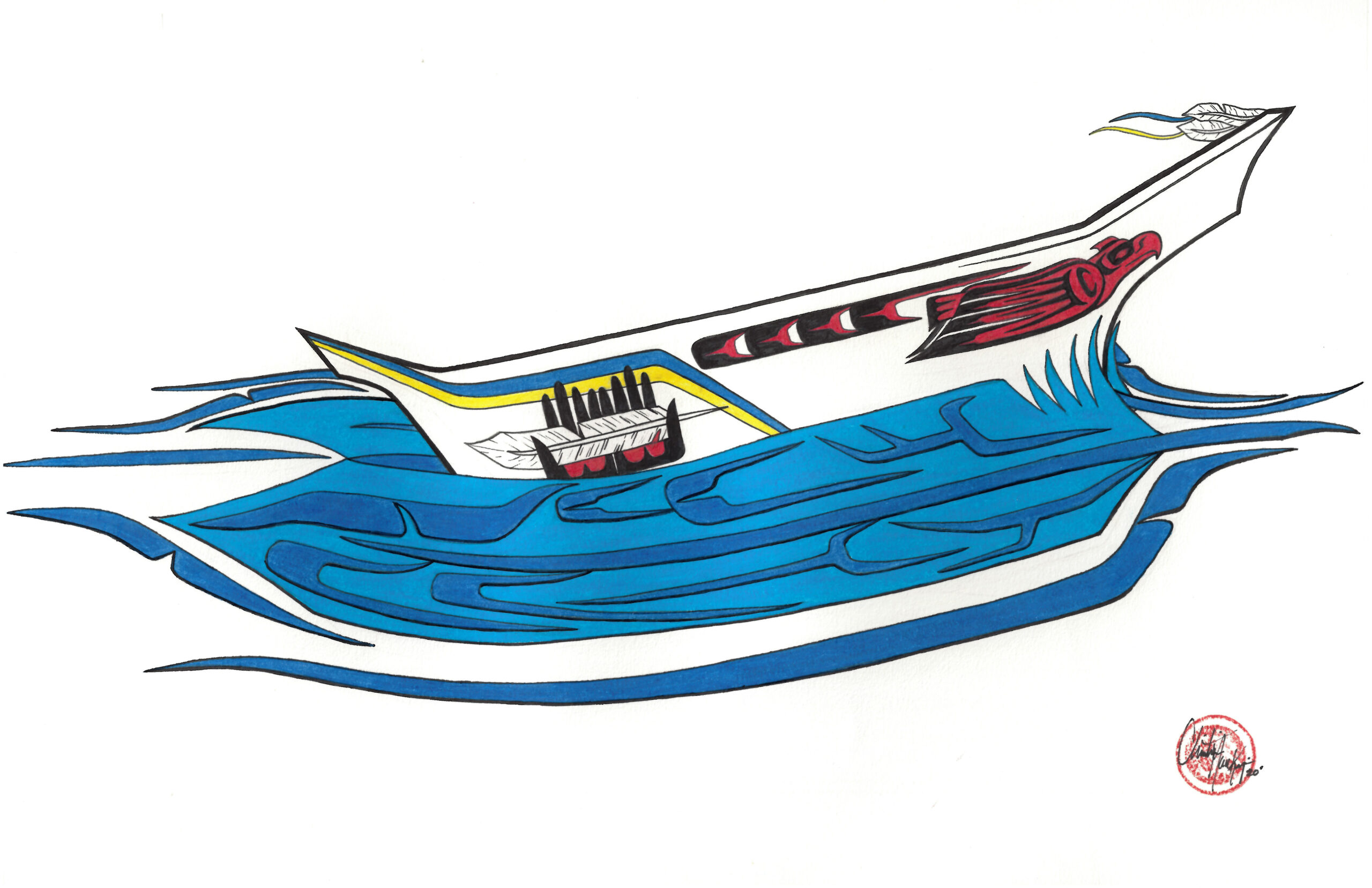 We are proud to unveil the Metro Vancouver Transit Police (MVTP) original Indigenous Art Piece that was created for our department by First Nations artist Christine Mackenzie. The artwork was commissioned by MVTP Chief Dave Jones as a visual representation of our commitment to strengthening relationships with Indigenous communities. The original art piece will be used as the basis for a logo that will appear as part of the MVTP brand, appearing as part of the design on our vehicles.

Christine Mackenzie was chosen to create the art piece not only due to her obvious artistic talent, but also because of the work she does to help educate others about the history and contemporary issues that affect Indigenous and First Nations peoples. Her work with school districts, and organizations that focus on at-risk and vulnerable people, helps to facilitate dialogue and a movement toward reconciliation. She was the natural choice to bring the MVTP’s vision into art form.

Christine’s art piece is a representation of the Metro Vancouver Transit Police safely transporting and linking communities through fair and impartial policing practices. Our approach is based on education and respect along with cultural awareness and commitment to communication. The empty canoe represents our multicultural and inclusive invitation for all peoples. The canoe represents protection and was traditionally used to support communities, transport food and supplies, trade and barter, and to socialize and expand families.  The water below the canoe is a visual image capturing the honor of the eagle feather whilst moving through the water. The feather brings pride and respect to the waters for which we are all connected. The traditional value of the medicine wheel is supported by the number four. The four directions of health, the four stages of life, the four seasons, the four animals (two land and two air creatures) and the four stages of mind. There are four feathers represented here, a Split U, eagle wings, and the feather splashes against the canoe. The Transit police support people at all stages of life from babies to children, adults to elders. We support people from all cultures and in all four seasons. The north West Coast line art design is depicted in the wonderful use of the Split U, Split S and T shapes. The center piece of the two hands open and gifting one feather is how the Transit Police are committed to connecting communities through offering of support and protection. It acknowledges that we work in the community with respect and appreciation. The traditional police stripe is a focus of pride in working within 22 communities and working together with cultural sensitivity and awareness.  We are committed to being open and welcoming in our engagement and working together with all Nations and cultures with mutual respect.

In recent years, MVTP has made an ongoing effort to strengthen relationships between Indigenous communities and police. We are guided by our Strengthening Support for Indigenous Peoples report, which reviewed other significant reports concerning the relationship between police and Indigenous peoples in Canada, including the Thunder Bay Police Services Board Investigation final report, the Missing and Murdered Indigenous Women and Girls Final Report and the Truth and Reconciliation Commission Report. It put forward a number of recommended actions for Transit Police. The Indigenous artwork commissioned is one action undertaken since the report was released to further strengthen the relationship between Transit Police and Indigenous peoples who live in the region we serve. Earlier this year, we were pleased to welcome Constable Kirk Rattray into the position of Indigenous Liaison Officer. 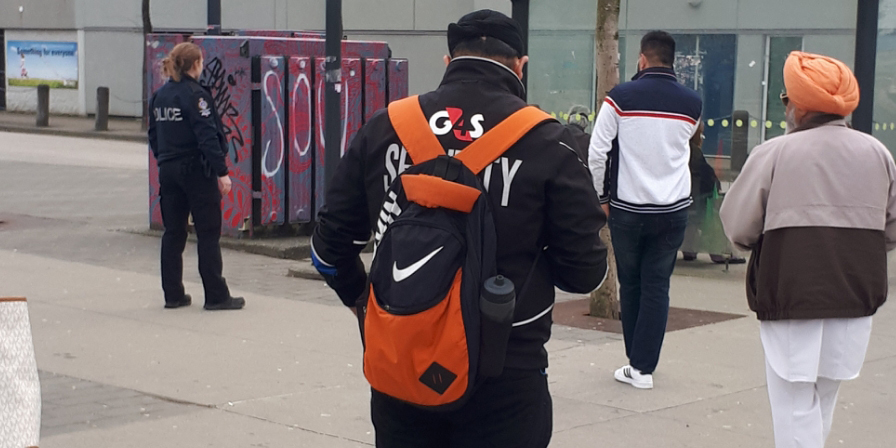 While many middle school, secondary school and post secondary schools have moved to provide classes online this year, many students will still need to take transit to school for at least a portion of their learning. If you’re heading off to school on transit by yourself for the first time– or you have a child who is – especially, during a pandemic, it can be a bit overwhelming. We hope these safety tips help you feel more confident in your journey.

If you’re able to, wear your face mask at all times while onboard transit vehicles. Consider leaving your mask on while you’re waiting at bus stops, or while moving through transit stations. If someone who is not wearing a mask makes you uncomfortable, try your best to keep physical distance from them. Remember that some people have a legitimate need for an exemption from the mandatory mask policy. Read more about the policy here.

Transit is a great way to get to school and back. We hope you enjoy your trip.