May 1st and 2nd of 2017, Metro Vancouver Transit Police co-hosted, with the Canadian Association of Chiefs of Police, what has been hailed as a ‘watershed conference’ for transit police and community safety providers. Delegates attended from across Canada, the U.S. and England.

This conference was extremely important, not only with respect to the sharing of the latest information and best practices by agencies directly involved in the policing of transit systems, but also to the leaders of jurisdictional police departments that have Transit Police/Security working within their borders. A better understanding of the challenges and need for strong partnerships was clearly provided.

The conference also had an opportunity to hear from Deputy Solicitor General (British Columbia) Mark Sieben, CEO of TransLink Kevin Desmond and many others on the value that specialist transit policing brings to the dynamic environment of transit. The Chief Constable of Vancouver Police Department and RCMP Assistant Commissioner Bill Fordy also spoke to the same matter.

The conference has been applauded by many and we have already received congratulations from delegates:

“ … I found this to be one of the most relevant and informative conferences I have attended in quite some time.”

The resounding message from delegates was that they look forward to the next one. 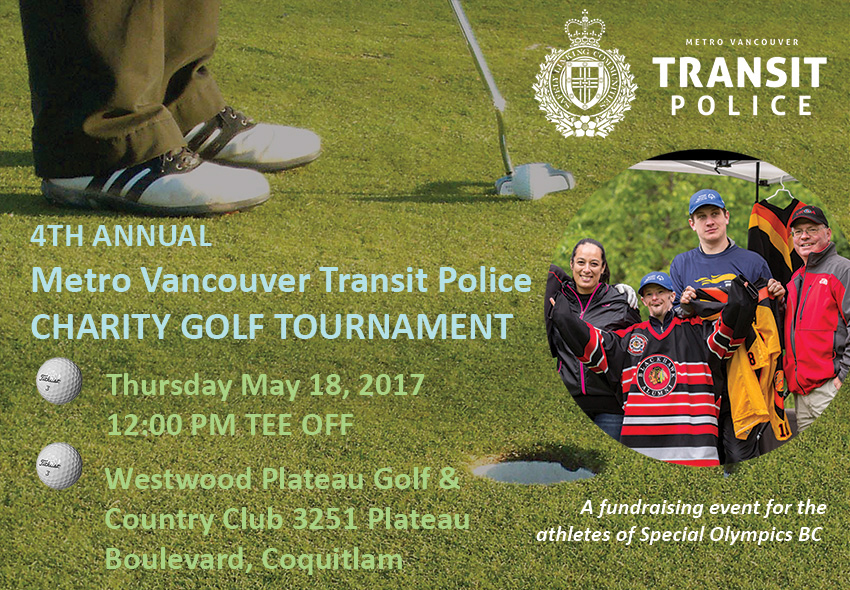 Join us for the 4th annual Metro Vancouver Transit Police Charity Golf Tournament in aid of Special Olympics BC athletes. To find out more about Special Olympics visit  www.specialolympics.bc.ca