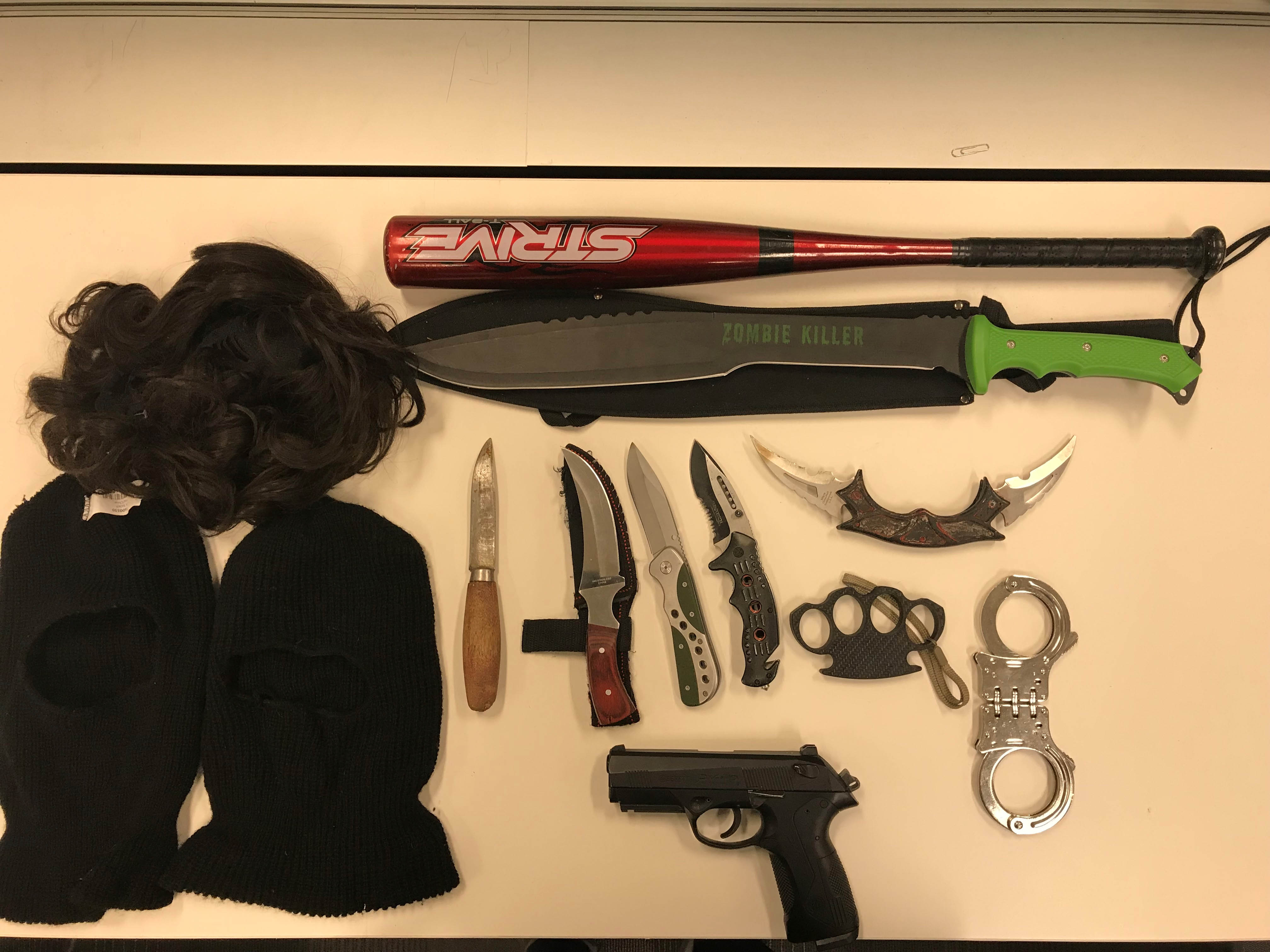 On February 5, 2018, Metro Vancouver Transit Police Officers on mobile patrol, travelling between Surrey SkyTrain stations, pulled over a vehicle with inactive insurance in the 100 block of 132nd Street. After providing an alias and fraudulent identification, the driver was identified as Albert Edgar FONTAINE. It was determined that FONTAINE was wanted on a Canada Wide warrant for parole revocation, stemming from 2016 charges for Kidnapping and Use of an Imitation Firearm, out of Penticton RCMP. It was also determined that FONTAINE is a suspended driver and is bound by several court imposed conditions including a 10:00 pm curfew and a weapons prohibition.

Following FONTAINE’s arrest, it is alleged a search of the vehicle located items of concern including numerous knives, a machete, a baseball bat, a wig, ski-masks, handcuffs, a set of brass knuckles (Prohibited Weapon) and a “Beretta” airsoft pistol replica firearm. (Photo above)

FONTAINE, who is well known to police, has been charged with three new alleged offences: Possession of Identity Documents, Possession of a Prohibited Weapon and Failing to Comply with a Probation Order. He is scheduled to appear in Surrey Provincial Court again today.

“We are pleased the court has recognized the importance of holding this individual in custody while judicial proceedings into his alleged crimes are under way,” stated Metro Vancouver Transit Police Deputy Chief of Operations, Ed Eviston. “Keeping our transit system and our community safe remains our number one priority.”