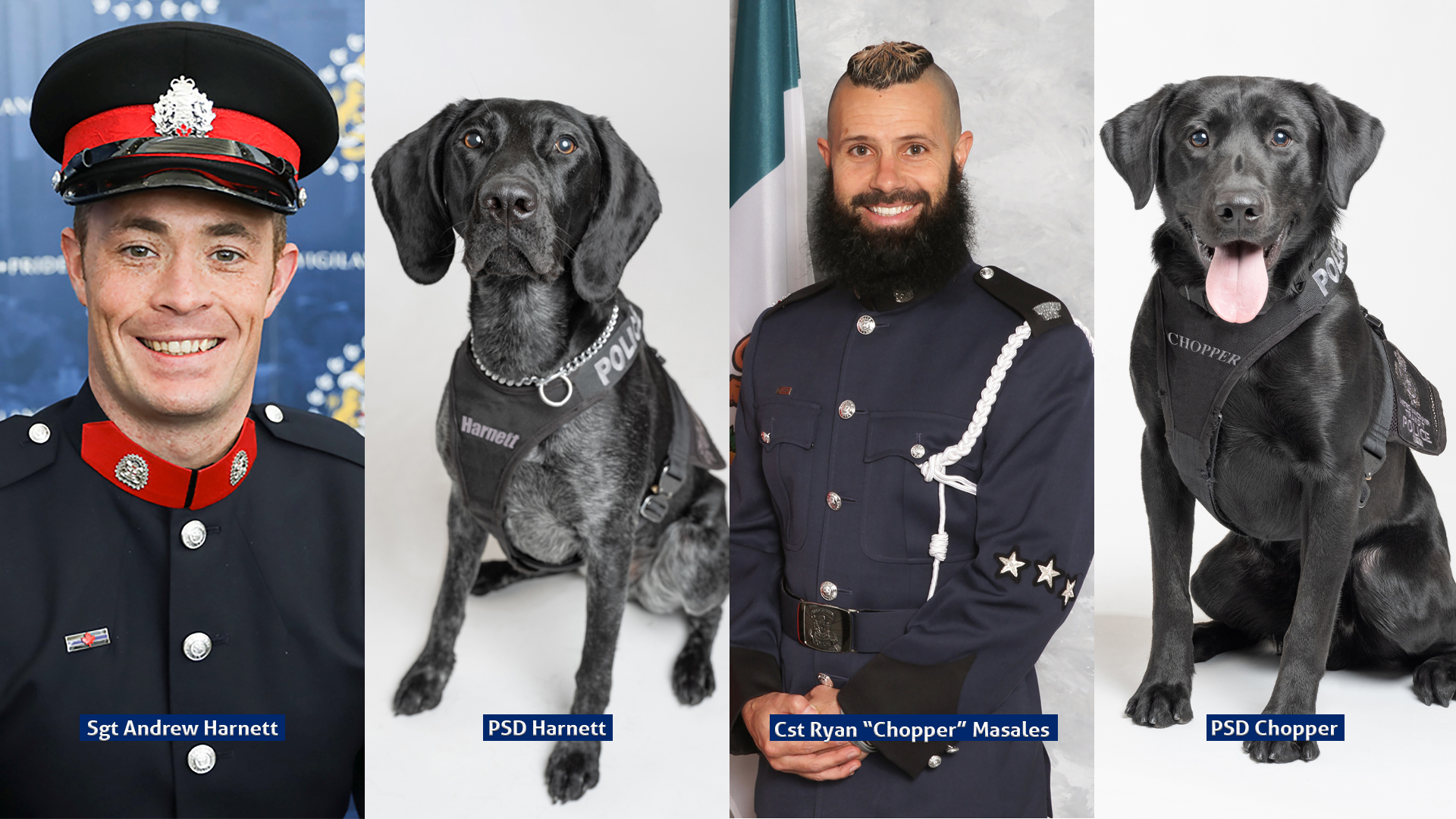 New Westminster – The two newest Metro Vancouver Transit Police explosive detection police dogs will graduate from training and receive their police badges in a ceremony that will also honour the late Canadian police officers after whom they are named.

Transit Police dog Harnett, a two-year-old German Shorthaired Pointer, is named in honour of Sergeant Andrew Harnett of the Calgary Police Service, who was killed in the line of duty on New Year’s Eve in 2020. Sgt. Harnett was struck by a vehicle that fled a traffic stop and succumbed to his injuries despite the valiant efforts of his police colleagues and paramedics.

“We wish to thank the Metro Vancouver Transit Police for honoring Sgt. Andrew Harnett in the naming of a Police Service Dog in his memory. We will never forget the ultimate sacrifice Andrew made and it brings us comfort knowing he will be remembered in Vancouver as well.” – The Calgary Police Service and Sgt. Harnett’s Family.

Transit Police dog Chopper, an 18-month old Black Labrador Retriever, is named for Constable Ryan “Chopper” Masales of the Abbotsford Police Department. In September 2016, Cst. Masales was diagnosed with an aggressive stage four brain tumor after collapsing while on duty. Despite several attempts at treatment over the following years, Cst. Masales lost his battle on March 26, 2020.

“Ryan loved his work, but the thing he loved most in life was being a father to his now 10-year-old son Ryder. Family was his passion along with being kind to others. Anyone who knew him would agree that he truly was one of a kind. Ryan bravely fought his disease, never giving up. We will always love him, and something that is loved is never lost.” – Estelize Masales, spouse of Cst. Masales.

Transit Police dogs Harnett and Chopper will receive their badges on June 30. They will join the rest of the dog team in keeping the transit system safe, while bringing awareness to the legacies of Sgt. Harnett and Cst. Masales and the two officers’ devotion to community service.

Look for Transit Police dogs Chopper and Harnett during your next transit journey!