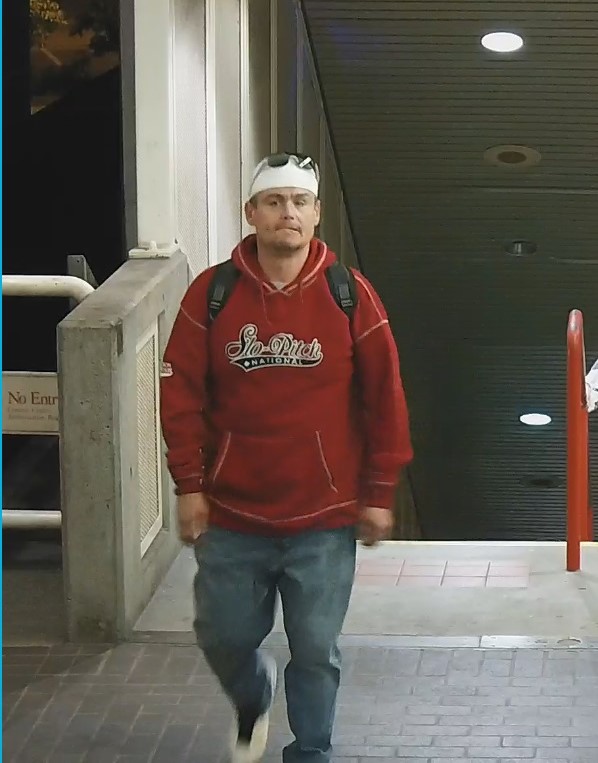 New Westminster – An appeal to the public, by Metro Vancouver Transit Police, has led to the identity and issuing of an arrest warrant of a suspect believed to be involved in two violent robberies.

On September 12, 2019, Transit Police appealed to the public for help in identifying a man who allegedly committed two separate robberies where he choked the victims, until they lost consciousness, prior to robbing them.

Charged with two counts of Robbery and two counts of Attempting to Choke to Overcome Resistance is 42-year-old, Andrew Krizmanits, of no fixed address, who is well known to police. An arrest warrant has been issued for Krizmanits. Transit Police have information that he may be headed to, or in, Eastern Canada or possibly the Sunshine Coast. Transit Police are appealing to Krizmanits to do the right thing and to turn himself in at any police agency.

Krizmanits is described as a Caucasian male, 42-years-old, approximately 6’1″, with a stocky build, short brown hair and brown eyes.

Transit Police sincerely want to thank the public and the media for their assistance with this investigation.

The included photograph and video of the suspect were taken at Stadium SkyTrain Station on August 20th, 2019, prior to the above mentioned incident.