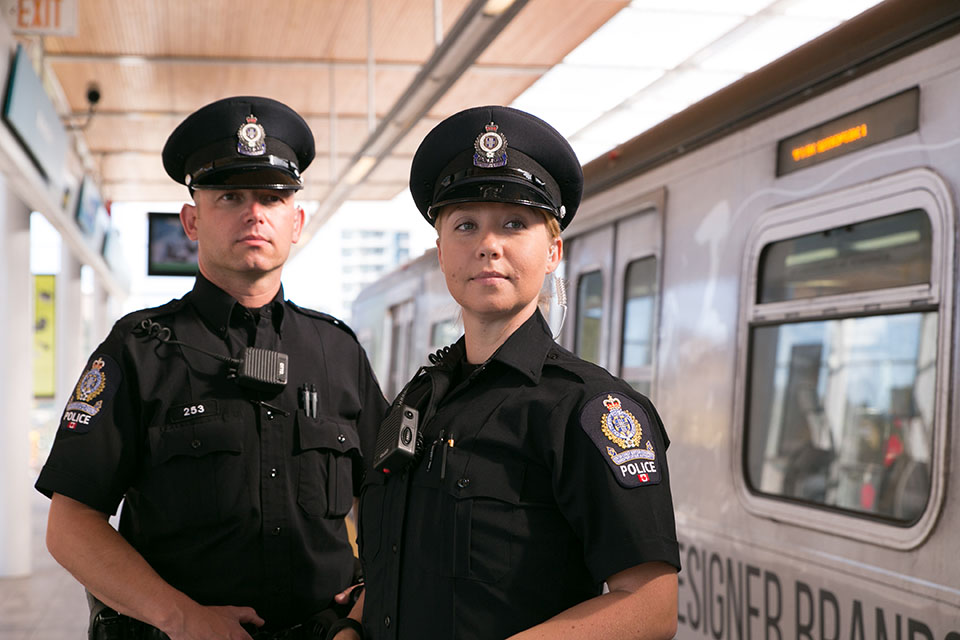 New Westminster – A 46 year old man was arrested by Metro Vancouver Transit Police on Monday night after an alleged unprovoked hate motivated attack on a woman on the Canada Line.

At approximately 9:30 pm, December 4, 2017, a young woman boarded a Canada Line Train at Waterfront Station and sat down. A man seated nearby immediately stood up and allegedly began yelling at her as he walked towards her. He spoke in Arabic and allegedly hurled obscenities at her, using extremely offensive language. He allegedly told her to go back to her country and that he would kill all Muslims, as he grabbed her head, pulled it into his crotch and attempted to pull off her hijab. As he allegedly slapped her face, another passenger stood up and placed himself between the woman and the suspect, pushing him away. The suspect left the train at Vancouver City Centre Station.

The woman called the police and got off the train at Yaletown Station, accompanied by her protector. When Transit Police officers met her there a short time later, the woman was extremely traumatized and had trouble breathing. Paramedics were called to render assistance.

The woman advised that she had been able to take several pictures of her attacker which were forwarded to the Canada Line Operation Management Centre (OMC). OMC staff were able to track, by video, the suspect boarding another outbound train, and spotted him disembarking at Vancouver International Airport.

Transit Police officers, on foot patrol in the area, moved into the airport, where they were met by the RCMP, and the suspect was quickly spotted in a convenience store. He was taken into custody, by Transit Police, without incident.

Arrested and charged with one count of Threatening to Cause Death or Bodily Harm and one count of Assault was Pierre BELZAN, 46 years of age, no fixed address. Transit Police have also recommended a charge of Sexual Assault, which is pending. BELZAN has no criminal record but is well known to police. He was remanded in custody and will be making his next court appearance later today. Transit Police investigators have liaised with the BC Hate Crimes Unit as the investigation has unfolded.

Transit Police has discussed a safety plan with the young woman for her future travel on transit and victim assistance services have been offered.

We would like to thank and commend the gentleman who intervened in this incident and came to the aid of the woman. He put his own safety at risk and stopped what might have become an even more serious situation.

We also commend the employees of the Canada Line OMC for their excellent work in tracking the suspect and keeping Transit Police apprised each step of the way. Thank you to the Vancouver Airport RCMP for their assistance.