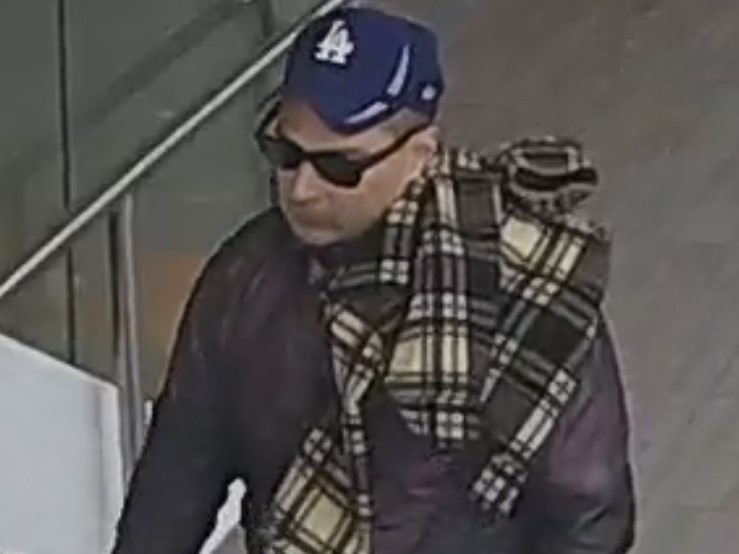 New Westminster – Metro Vancouver Transit Police are asking for the public’s help in identifying a man who allegedly violently robbed an elderly man while wearing a pink shirt on Pink Shirt Day, or Anti-Bullying Day.

At approximately 9:55 am on Wednesday, February 26th, 2020, an elderly man boarded a train at Granville SkyTrain Station. Another man, wearing a pink shirt, also boarded the same train. The man in pink spoke to several people on the train, and at one point allegedly ignited an aerosol spray creating a small torch which caused several people to leave the train. He then approached the elderly man and allegedly demanded money. When the elderly man told him that he didn’t have any money, the suspect allegedly reached in the elderly man’s pocket and took $5. The suspect then allegedly punched him in the face multiple times, breaking his glasses and causing abrasions. The suspect was last seen leaving the train at Main Street – Science World Station.

The victim, who suffered cuts and bruising, was attended to by ambulance at the scene and later released.

The suspect is described as a South Asian male, medium build, a shaved head with dark stubble and a clean shaven face. He was wearing a blue LA Dodgers baseball hat, dark brown waist length coat, grey hoodie, a pink t-shirt, black pants with a prominent red stripe and dark running shoes. He was carrying a black backpack with an orange, black and white logo and appeared to be wearing diamond-studded earrings in both ears.

It is unsettling to see an incident with this level of violence at any time, but in particular on Pink Shirt Day, a day devoted to anti-bullying and treating everyone with kindness. Anyone with information about the identity of this suspect, or who witnessed this incident, is asked to contact the Transit Police tip line at 604-516-7419 or text us using the code 87-77-77 and refer to file 2020-4375.