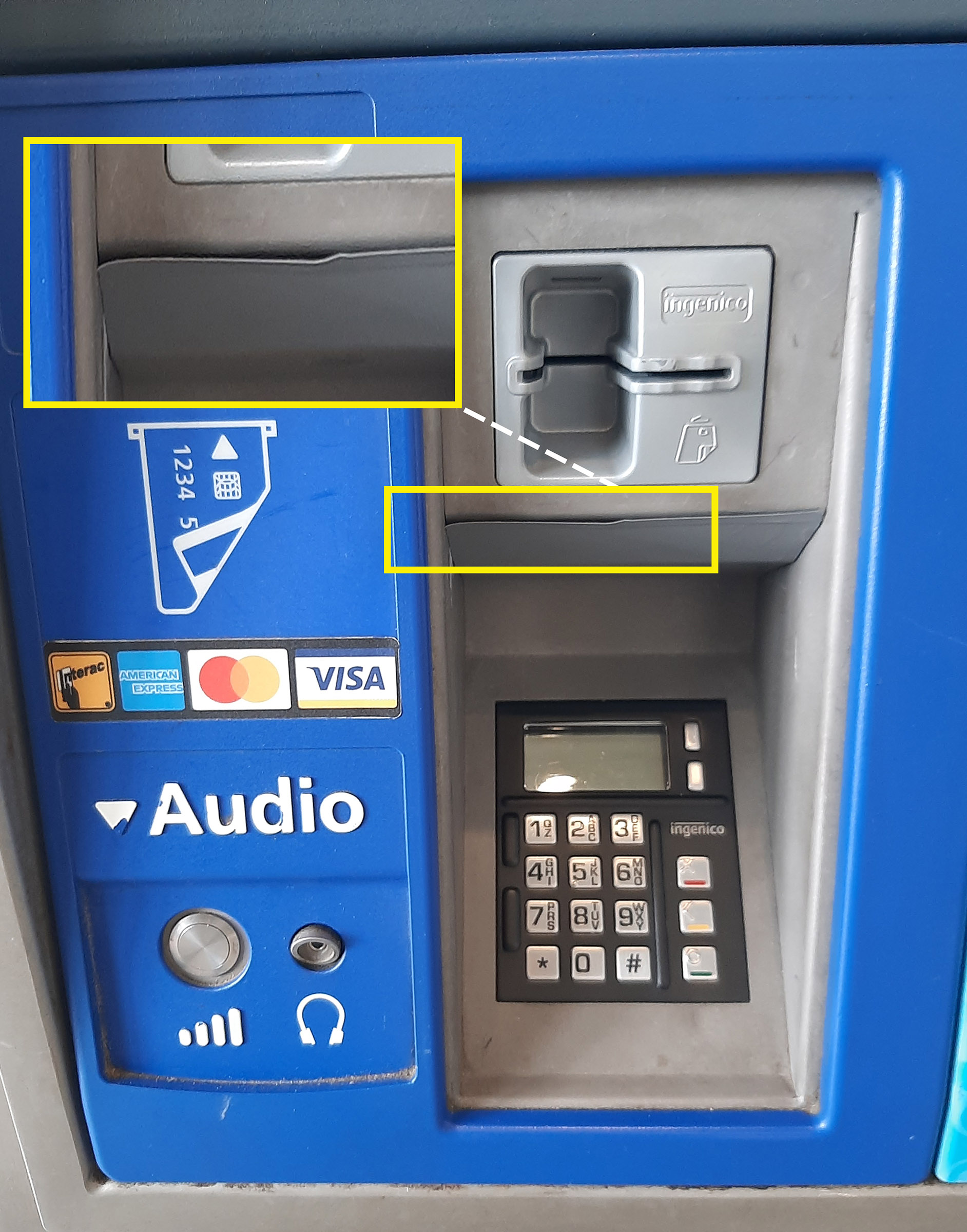 New Westminster – Metro Vancouver Transit Police is investigating following the discovery of several debit/credit card skimmers inserted into Compass Vending Machines (CVMs) at Canada Line stations. All skimmers were discovered by Canada Line technicians during the course of their duties.

Transit Police is releasing photos of the card skimmers, and asking the public to help us look for these devices. If a suspected card skimmer is located, we are asking the public not to touch anything in the area of the skimmer, or the skimmer itself, and to immediately report it to a Station Attendant, and/or to Transit Police by phone at 604.515.8300 or by text at 87.77.77.

As seen in the photos, an unaltered CVM has a black camera above the PIN pad. A CVM with a skimmer has the black camera covered and a hole for a pinhole camera instead. The material used to cover the existing camera may also be peeling away from the CVM surface, or have signs of glue or tape.

All three recovered card skimmers are undergoing forensic analysis and, at this time, it is unclear whether or not any card data was obtained. Out of an abundance of caution, all customers who used their debit or credit cards at the following stations and times are asked to check with their financial institution to ensure their cards have not been compromised.

The Metro Vancouver Transit Police investigation is ongoing. No further information is available at this time.