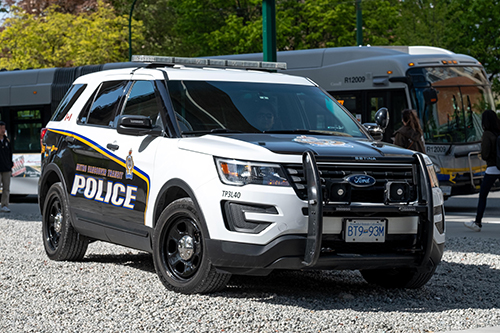 Vancouver – Vancouver Police and Metro Vancouver Transit Police are investigating after more than two dozen windows were broken on buses driving through the Downtown Eastside.

“We believe someone may be launching projectiles at buses as they travel along East Hastings Street in the Downtown Eastside,” says Constable Tania Visintin, VPD. “The frequency of these incidents is increasing and we’re worried someone could get hurt.”

Twenty-six windows have been broken since January 17, and investigators believe whoever is launching the projectiles is likely doing so from outside the buses.

“In each of these cases, the broken windows weren’t immediately noticed by the drivers or reported by the passenger,” says Constable Amanda Steed, Metro Vancouver Transit Police. “It was only after the drivers finished their shift that the damage was discovered.”

Investigators from VPD’s Property Crime Unit and MVTP’s General Investigation Unit are working together to investigate. From reviewing video from inside the buses, it has been determined that all of the windows were shattered while the buses were in motion in the early morning hours between Gore and Cambie streets.

“We know how concerning these incidents may be for those using transit, specifically people travelling on buses,” adds Steed. “This is a priority for us and we’re working together to find out who is responsible and to hold them accountable.”

Anyone who witnesses this incident or anyone with information is asked to call investigators at 604-717-0613.