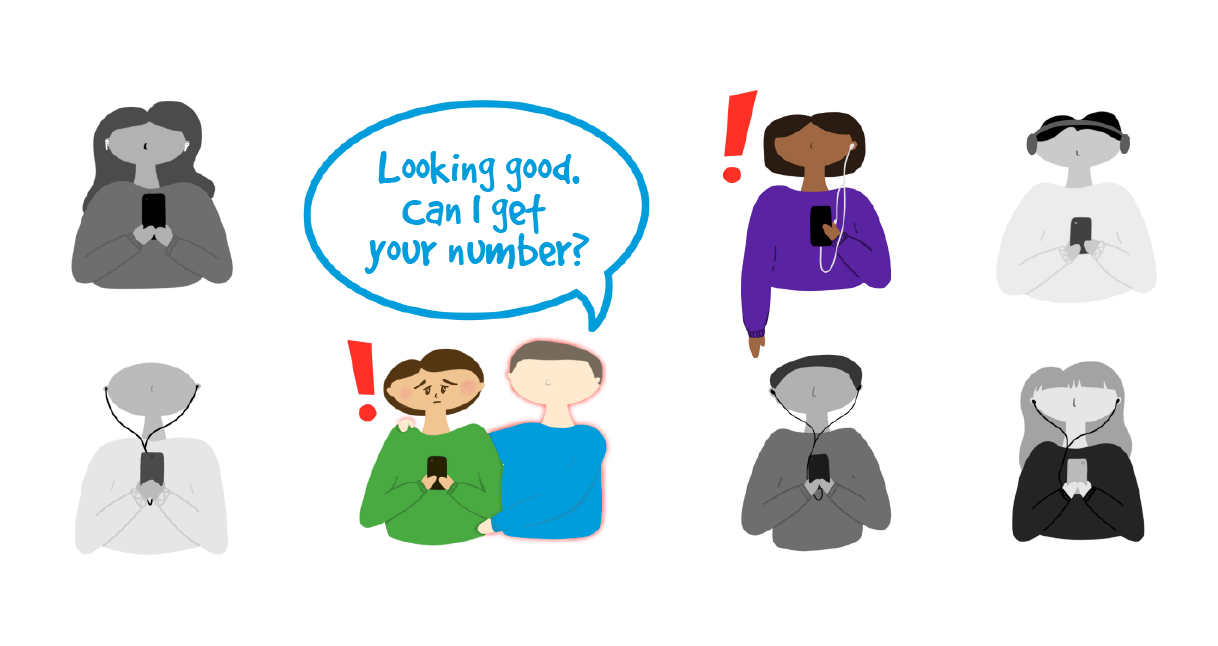 New Westminster – The Metro Vancouver Transit Police have entered into an exciting partnership with grade 12 students from Sir Winston Churchill Secondary School for our next anti-sex offence campaign. The objective is to bring awareness around sexual offending on public transit and to encourage victims and witnesses to report such incidents.

The students reached out to the Transit Police and TransLink in June of last year to discuss past anti-sex offence messaging and to explore the potential of a refreshed campaign. They sought messaging to educate youth on what to do when they witness or experience a sexual offence on public transit. Transit Police and TransLink quickly jumped on the opportunity to collaborate with the student-led initiative for our latest campaign.

Over the past year, the students have worked diligently on developing the campaign scope and creating the artwork for the advertisements that depict realistic situations of unwanted touching and the critical role that witnesses play in reporting sexual offences. They showcased clear leadership, initiative and creativity in seeing this campaign through to completion.