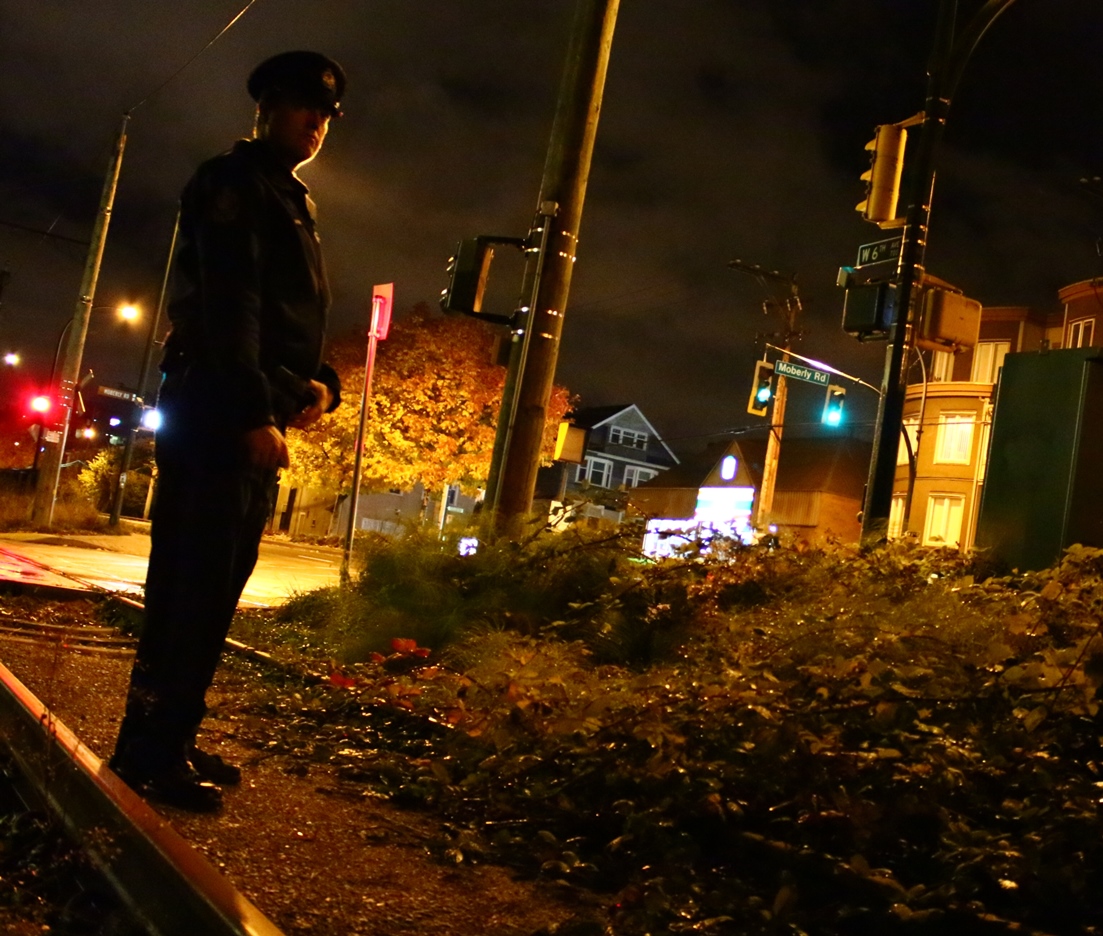 New Westminster – One hundred and one years after being shot and killed in the line of duty, a police officer with the British Columbia Electric Railway Company is being added this Sunday to the Honour Roll of the British Columbia Law Enforcement Memorial at the ceremony in Stanley Park.

In the early hours of Friday, March 19, 1915, while on duty in the area of the railway tracks at 6th Avenue and Willow Street, Vancouver, Special Constable Charles Painter spotted a man carrying a bundle of wire he believed to be stolen. While handcuffing the suspect following his arrest, a struggle took place during which the suspect grabbed Special Constable Painter’s revolver and shot him in the abdomen. The suspect ran from the area leaving the officer gravely wounded.
Special Constable Painter died several days later after providing a statement to police. Media reports at that time connected a man, later brought to trial in Seattle for a double murder, to the Vancouver shooting, but charges were never laid. Charles Painter was born in Ireland in 1881 and had served in the British Army before coming to Vancouver. He was single and had no known family at the time of his death so was laid to rest in an unmarked grave in Mountain View Cemetery in Vancouver.

Constable Graham Walker of the Metro Vancouver Transit Police was curious about the history of transit policing in British Columbia and while conducting research, uncovered the murder of Special Constable Painter. Further research showed that his death was not recorded on the BC Law Enforcement Memorial Honour Roll although he qualified for inclusion. Discussions are underway with the Metro Vancouver Transit Police union to fund the engraving of a suitable headstone for Special Constable Painter’s grave.

Photos are attached of Constable Walker who, at 34 years of age, is the same age as Charles Painter at the time of his death, standing near the location of the shooting.

While Metro Vancouver Transit Police may be only just over a decade old, it can trace its roots back to the turn of the 20th century. Research has unearthed a great deal of information about how policing of the hydro lines and transit in those early days of the last century evolved into our modern day police service. We can thank Constable Walker for researching much of what we now know about the evolution of our organization.

The British Columbia Law Enforcement Memorial will be held tomorrow, Sunday, September 25, 2016, at 1:00 pm, at Brockton Oval in Stanley Park.