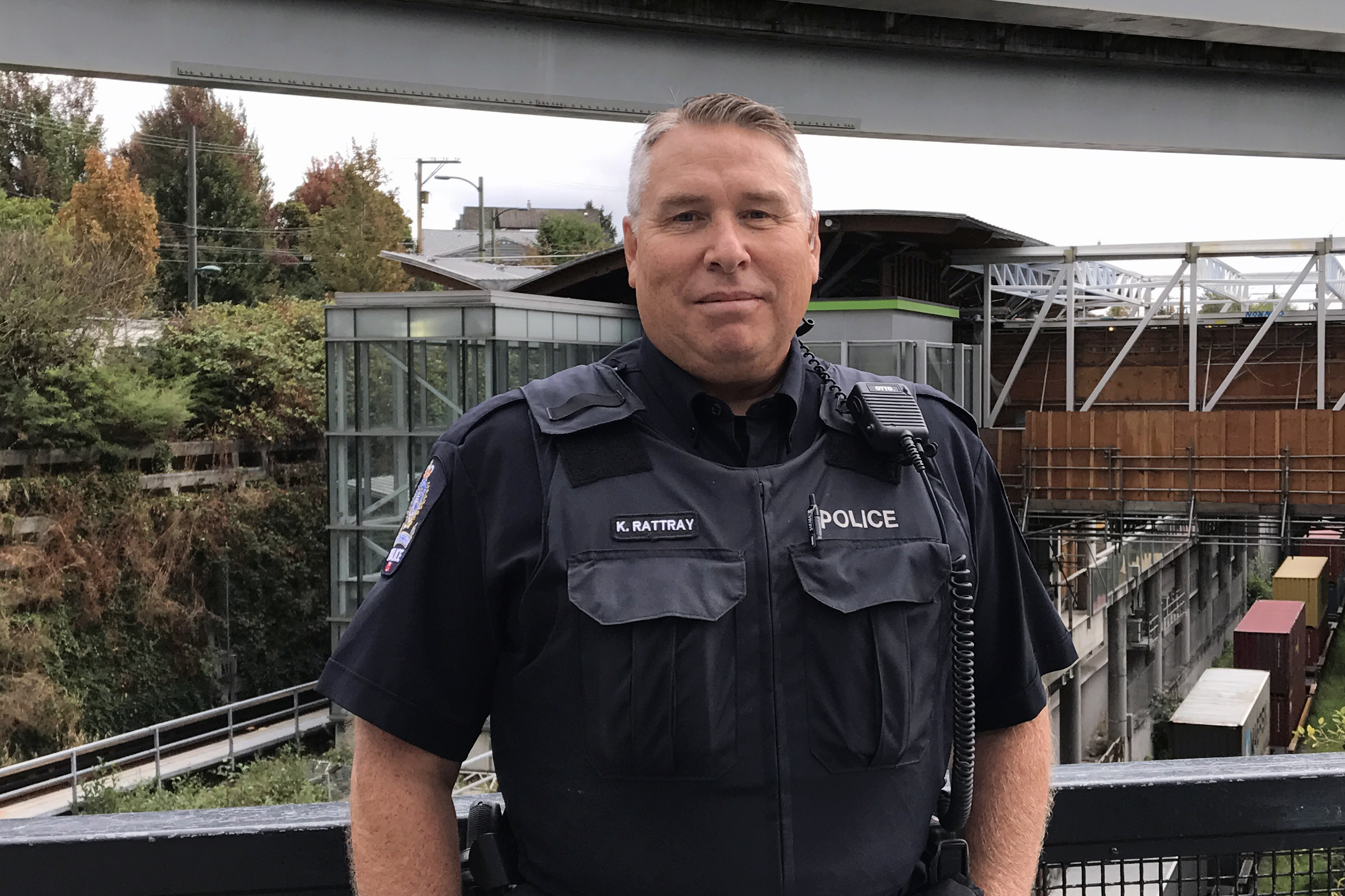 This month, Metro Vancouver Transit Police was proud to welcome Constable Kirk Rattray into the newly created role of Indigenous Liaison Officer. Cst. Rattray moved into the role after serving four years as the Neighbourhood Police Officer for East Vancouver and the North Shore, and over a year in patrol prior to that.

Creating the position of Indigenous Liaison Officer has been a priority for Metro Vancouver Transit Police for a number of years. We are indebted to the Indigenous groups who offered their wisdom to us, and to reports such as the Missing and Murdered Indigenous Women and Girls Final Report and the Truth and Reconciliation Commission Report, which have been invaluable sources of guidance for our department. It is our hope that the position will bring collaboration and understanding that will help guide our department toward better serving the Indigenous community.

Cst. Rattray is a natural fit for this pivotal role. He has a long history of drawing on his Tahltan First Nation heritage to build trust and partnerships between Indigenous communities and police. Prior to joining Transit Police in late 2014, Cst. Rattray served with the Stl’atl’imx Tribal Police Service for nearly four years, and the Winnipeg Police Service for 16 years before that.

While serving with Transit Police, Cst. Rattray has worked closely with the Vancouver Aboriginal Community Policing Centre, where he serves as a board director, and the VPD Diversity, Inclusion, and Indigenous Relations Section. He takes part in the annual Pulling Together Canoe Journey, educates police recruits on Indigenous issues at the Justice Institute of BC, and provides cultural awareness training for our department.

Thanks to Cst. Rattray’s tireless work, plans are in the works to launch the Blue Eagle Community Youth Cadet project at Metro Vancouver Transit Police in partnership with the VPD and the Vancouver Aboriginal Community Policing Center. Under his leadership, the program will serve to empower Indigenous youth aged 13-15 by offering mentorship, building leadership skills, and supporting them as they discover their potential. . Cst. Rattray has experience in this area, having created a youth cadet program while working with Stl’atl’imx Tribal Police.

“I have known Kirk since he was working with Indigenous peoples during the 2010 Olympics. I can honestly say he is a man of great and gentle character who is humble and honest, and I am proud to call him a dear friend. I am so honored and proud to announce Kirk as the first full time Indigenous Liaison officer for the Metro Vancouver Transit Police.” – Sgt. Cheryl Simpkin, Community Engagement Team

To welcome Constable Rattray into his new role, Transit Police hosted a traditional smudging and cleansing ceremony. Our Senior Management Team was proud to participate with honoured guests that included Chief Rhonda Larrabee of the Qayqayt First Nation who welcomed us to her ancestral land, and Norm Leech of the Stl’al’imc First Nation who performed the ceremony.