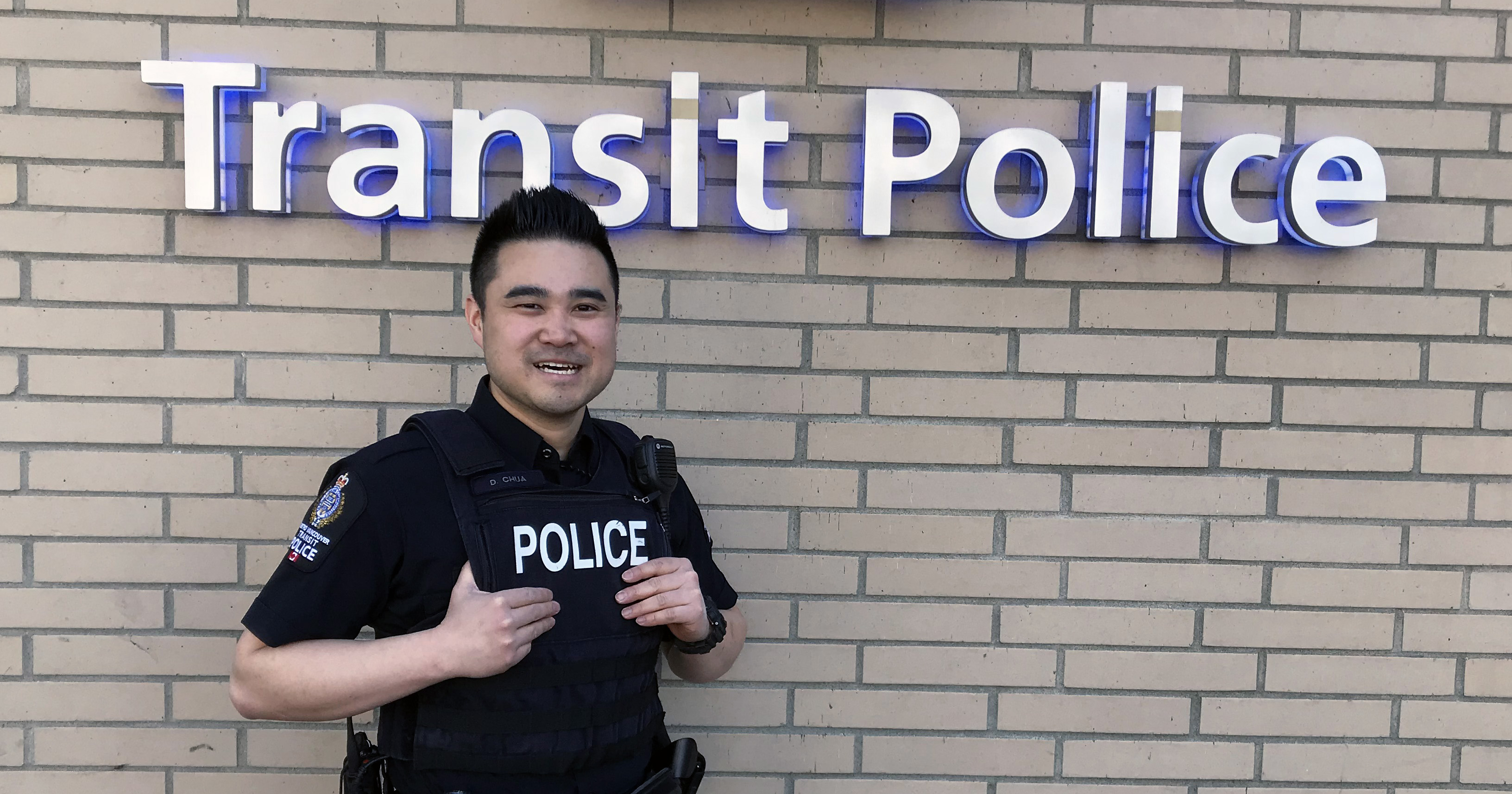 This month, Constable Darren Chua takes over the role of Neighbourhood Police Officer (NPO) for Surrey, Langley, North Delta and White Rock. Cst. Chua will be replacing Cst. Mike Woolley who will be joining the patrol division. We interviewed Cst. Chua to learn more about him.

Q: How is the role of an NPO different from that of a patrol police officer?

A: As a Transit Police patrol officer, I was mostly doing beat-style patrol, assisting frontline transit staff and conducting fare enforcement. My role was largely reactive, responding to calls for service. In my NPO role, I get to be more proactive. I get to build meaningful relationships in the community, identify persistent crime trends and then pull those two aspects together to reduce crime.

Q: How did you begin your policing career?

A: I studied Criminology at Kwantlen University and discovered my interest in policing. So, at the tender age of 20, I applied for the RCMP, but was understandably deferred due to lack of life experience. I then switched over to Law Enforcement Studies at the Justice Institute of BC and began working as a jail guard at the Surrey RCMP cell block. Eventually, I was hired by the RCMP and served with them in Northern Manitoba before joining Metro Vancouver Transit Police in 2016.

Q: What is a career highlight so far?

A: A highlight has definitely been an auto crime project I worked on with my former patrol partner, Cst. James Gibson. Vehicles were being broken into and stolen in the vicinity of the Scott Road SkyTrain Station. Through our efforts in partnership with area business owners and the Surrey RCMP, over 50 stolen vehicles were recovered and several prolific auto crime offenders were charged.

Q: What do you like to do during your time away from work?

A: I’ve been bitten by the travel bug! On my days off you’ll often find me researching new destinations to explore. I’m currently seeking a good deal (I love good deals) to Japan and Singapore.

Q: What is the last good movie you saw?

A: Crazy Rich Asians. It’s currently my favourite rom-com. The wedding scene was so over the top, it was amazing.

Q: What are you looking forward to about working in Surrey, Langley North Delta and White Rock?

A: I was born and raised in Surrey, and have seen my city undergo a lot of positive changes. I’m excited to become a part of the rapid growth and innovation that the southeast region of Metro Vancouver is experiencing and will continue to experience with upcoming large-scale projects like the Surrey-Langley SkyTrain. I’m looking forward to taking a hands-on, active role in reducing crime while these changes are underway. And also the large variety of restaurants that I’ll get to explore on my lunch breaks!