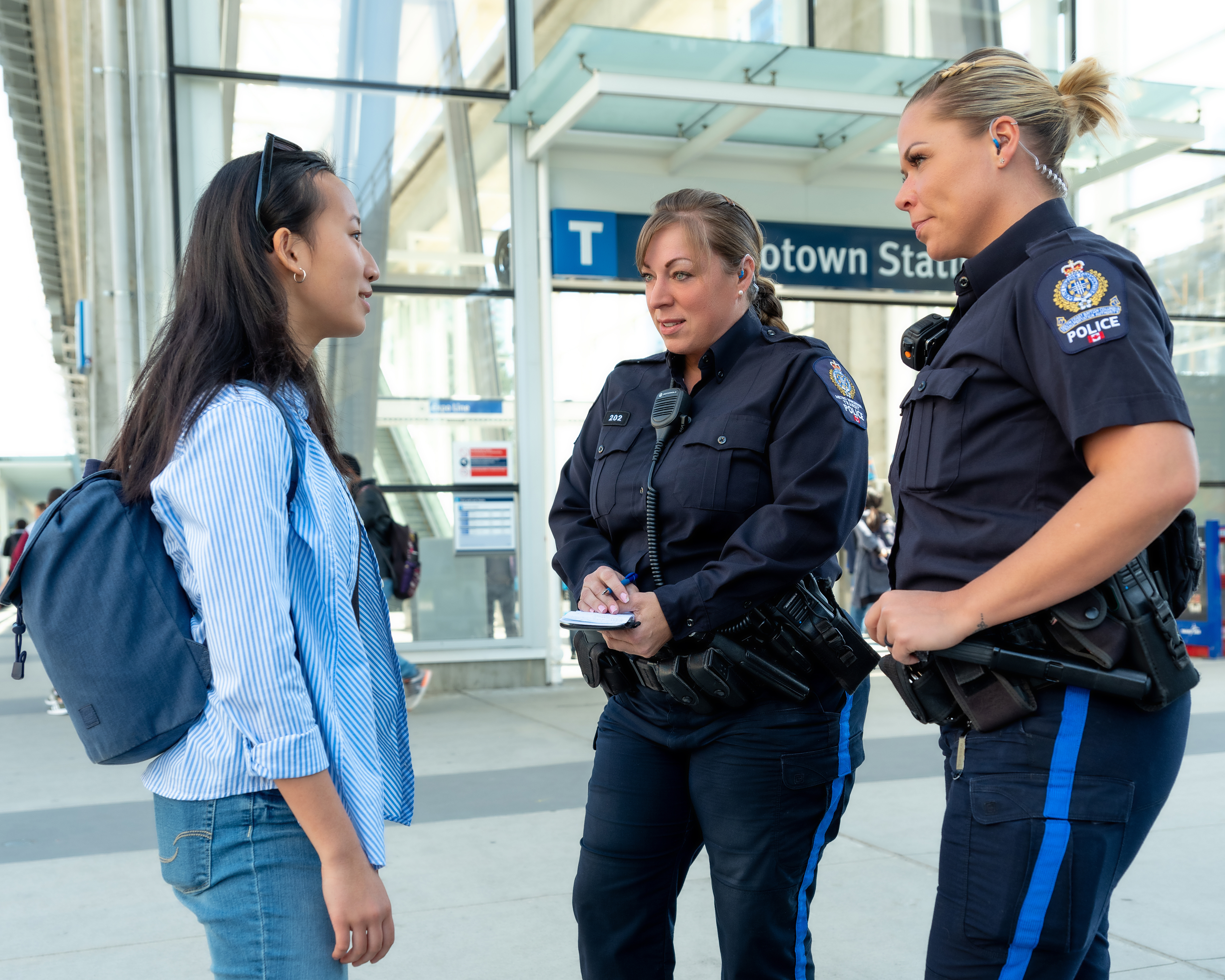 At Transit Police, we often get asked why we can’t have officers posted at every SkyTrain station, or why Transit Police officers don’t regularly ride all major bus routes. The answer is that this is not realistic as our officers respond to calls for service across all modes of transit spread across over 1800 km2, from Bowen Island to White Rock to the West Coast Express station in Mission. This includes SkyTrain (55 Stations), West Coast Express (8 Stations), SeaBus (2 Terminals) and buses (200+ bus routes plus bus stops/exchanges). Some simple arithmetic can help provide context.

We have an authorized/budgeted strength of 183 sworn police officers.

From those 183, some placements are taken up by:

Of the officers that remain:

Of the officers on patrol duty:

So, how do we ensure such a large transit network stays safe?

Transit Police officers are deployed strategically, based on where crime statistics and intelligence reports tell us they are most needed. We work closely with our municipal policing partners to provide seamless policing across the region, with a focus on our four operational priorities:

Recently, we have also been giving attention to the ongoing opioid crisis and Lower Mainland gang conflict. 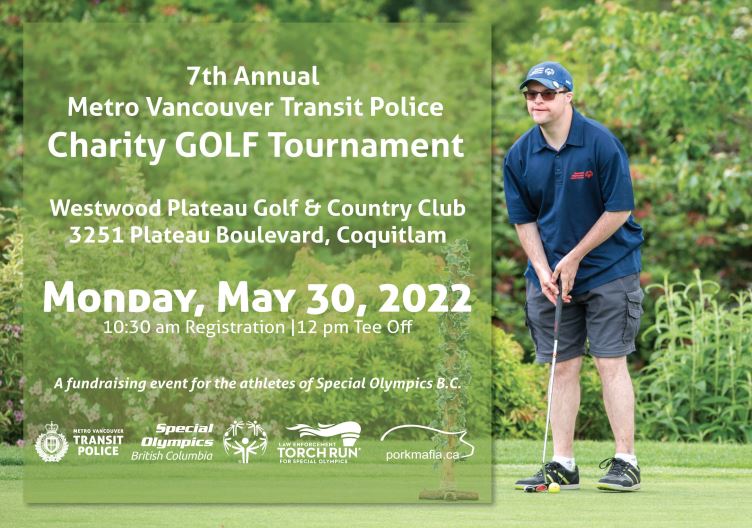 Join us for the 7th annual Metro Vancouver Transit Police Charity Golf Tournament in support of Special Olympics BC athletes. On Monday, May 30, enjoy a day of golf, while helping to create a world of inclusion where every person is accepted regardless of ability.

To find out more about Special Olympics visit  www.specialolympics.bc.ca

To register, please send your completed REGISTRATION FORM to Jaemie.Valenzuela@transitpolice.bc.ca 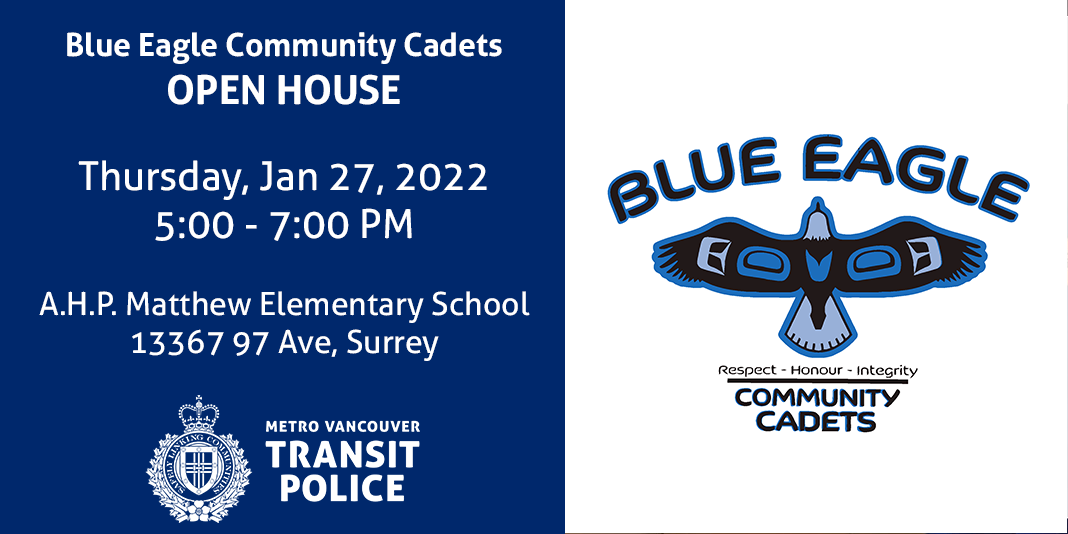 Metro Vancouver Transit Police is pleased to announce that the successful Blue Eagle Community Cadets program, launched in 2021 in partnership with Vancouver Police Department’s Diversity, Inclusion, and Indigenous Relations Section and the Aboriginal Policing Centre, will expand to Surrey.

The program, free for youth ages 12-15, focuses on Indigenous culture while building leadership skills in a safe and supportive environment. Currently operating out of Britannia Community Centre in Vancouver, the program has offered unique experiences to the young participants with the help of community partners, including a tour of Vancouver by airplane, camping and survival skills, attending local sporting events and participation in many activities that celebrate Indigenous culture.

In partnership with the Surrey RCMP, Surrey Schools, Options Community Services, and Surrey Crime Prevention, we are now proud to announce that the program will launch in Surrey at A. H. P. Matthew Elementary School on Thursday nights, starting with an Open House on January 27, 2022, 5:00-7:00pm. Everyone is welcome, and we hope to see you there!