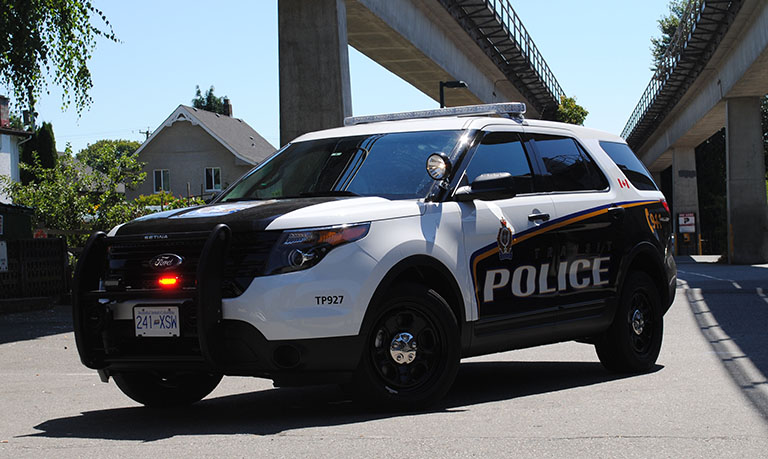 New Westminster – Members of the Metro Vancouver Transit Police and the Vancouver Police Department joined in a successful partnership resulting in the arrest of a suspect in a Transit Police sexual assault investigation.

At approximately 7:30 am, June 6, 2017, Transit Police received reports of a man yelling and waving a stick around in the area of the SeaBus south terminal. As police arrived, the man entered a restricted area that consisted of a narrow cat-walk, one to two meters above sea level. SeaBus traffic to the berth was halted.

Attempts to de-escalate the situation met with negative results with the man huddling down in a confined area consisting of steel and wooden beams. This area presented significant risk to the man and attending officers, who were able to identify him as a suspect wanted on an arrest warrant for a Transit Police sexual assault.

A Transit Police negotiator attended, along with members of the Vancouver Police Marine Squad and Emergency Response Team (ERT). The negotiator was eventually able to encourage the suspect to leave the space and he was taken into custody, by ERT members, without incident.

Stephen SILVESTER, 47 years, of no fixed address, has been remanded in custody on one count of Sexual Assault, with his next court appearance scheduled for June 15, 2017, in Vancouver Provincial Court. SILVESTER is very well known to police.

The sexual assault charge results from an alleged incident on February 24, 2017, at 4:40pm, at the 22nd Street SkyTrain Station. A woman standing on the train platform was allegedly grabbed and kissed by SILVESTER. She pushed him away and left to pick up her daughter. She returned to the station approximately 20 minutes later and boarded a bus, only to find SILVESTER boarding the same bus and sitting beside her. As the woman attempted to get off the bus at the next stop, the suspect allegedly tried to grab her daughter’s leg. Another passenger helped her off the bus and she went home to call the police. An investigation was initiated which resulted in the identification of the suspect and the arrest warrant being issued.

Transit Police Deputy Chief Barry Kross states, “This is an excellent example of police agencies working together in a seamless partnership to deal with what are often very difficult situations. I congratulate our negotiator on a job well done in de-escalating the situation and extend our appreciation to the Vancouver Police Department for their assistance.”