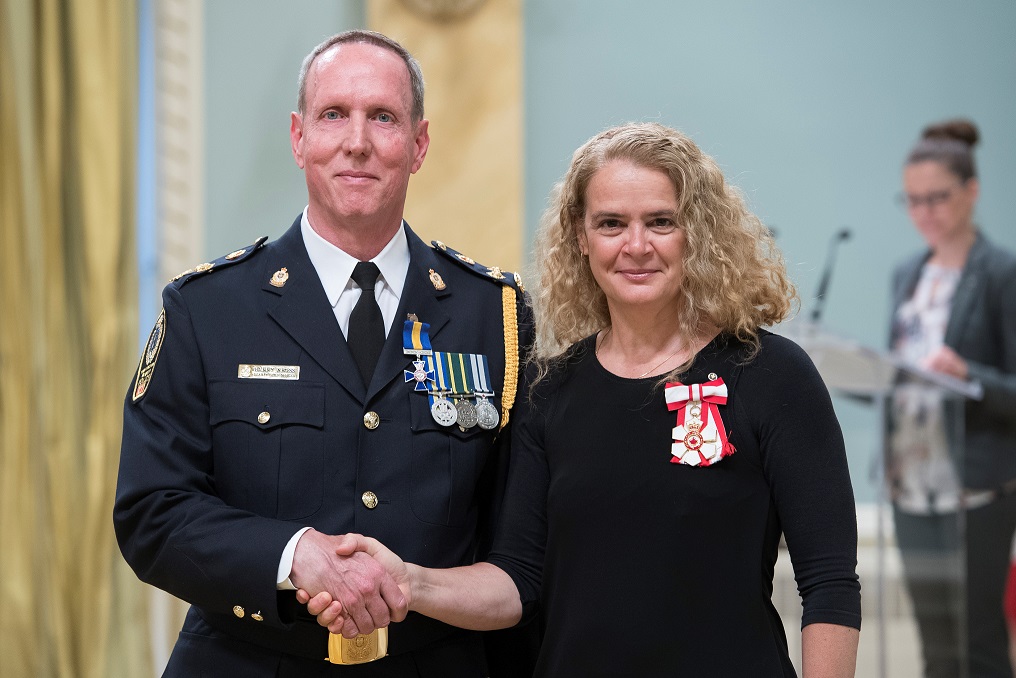 On Tuesday, June 5, 2018, at Rideau Hall in Ottawa, Deputy Chief Kross was invested as a Member in the Order of Merit of the Police Forces by the Governor General of Canada, Julie Payette.

Established in October 2000, the Order of Merit of the Police Forces honours the leadership and exceptional service or distinctive merit displayed by the women and men of the Canadian Police Services and recognizes their commitment to this country. The Primary focus is on exceptional merit, contributions to policing and community development, locally, regionally and nationally. Notably, investiture in the Order of Merit is limited to a maximum of one tenth of one percent of all police officers in Canada each year.

Deputy Chief Kross was recognized for his 30 years of police achievements and service, first with the Vancouver Police Department and then with Metro Vancouver Transit Police (MVTP). His leadership and accomplishments in various assignments and ranks were recognized, including the creation and launch of a Community Police Academy at MVTP that fostered greater stakeholder relationships, his support of impartial policing initiatives and mental health wellness to police in B.C., and his exceptional support of BC Special Olympics. Deputy Kross is currently the Chair of the BC Chief’s Law Enforcement Torch Run Committee and a member of the Law Enforcement Torch Run/Special Olympics BC Executive Council.

“Deputy Kross is an excellent community role model and leader, who exemplifies compassion and fairness,” stated MVTP Chief Officer Doug LePard. “He is also an outstanding police officer who constantly displays dedication and commitment to both his fellow police officers and the community which he serves. It is with great pride that I congratulate Deputy Kross on this achievement”.

Transit Police is committed to maintaining order, promoting safety and reducing crime on the transit system in Metro Vancouver.