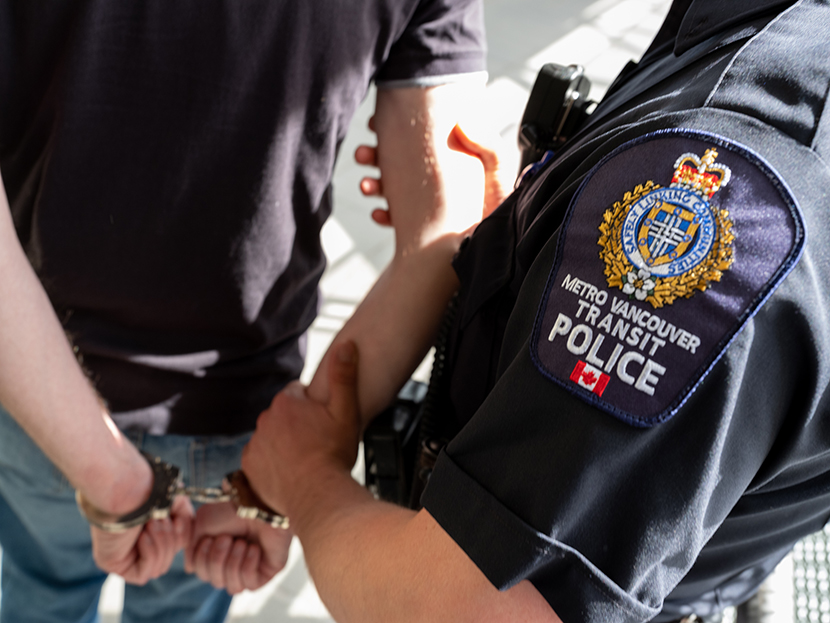 New Westminster – A 29-year-old man is in custody following a violent attack on a SkyTrain Attendant.

Transit Police were on scene within minutes and arrested the suspect who was attempting to leave the station. Metro Vancouver Transit Police would like to commend the SkyTrain Attendant for her bravery and courage. Not only was she able to fight off her attacker, but also was able to simultaneously use her radio effectively, allowing police to respond quickly.

Arrested and charged with one count of Assault with a Weapon was 29-year-old Howard GEDDES SKELDING of Surrey who is very well known to police. Metro Vancouver Transit Police have recommended several additional charges including Sexual Assault, Indecent Act, Forcible Confinement and Robbery. GEDDES SKELDING was remanded in custody and his next court appearance is scheduled for August 11th, 2021 at 9:00 am in New Westminster Provincial Court.

Reducing frontline workplace assaults is a priority for the Metro Vancouver Transit Police. No one should ever be subject to violence at work.

“I commend this employee for her bravery in fending off a violent attack. Everyone has the right to feel safe while on the transit system, including the frontline employees who look after the safety of others and keep the system moving. Transit Police encourages everyone to be our eyes and ears. Text Transit Police at 87.77.77, or call 911 in an emergency, if you are worried about the safety of transit staff during your transit journey.” – Sgt. Clint Hampton.