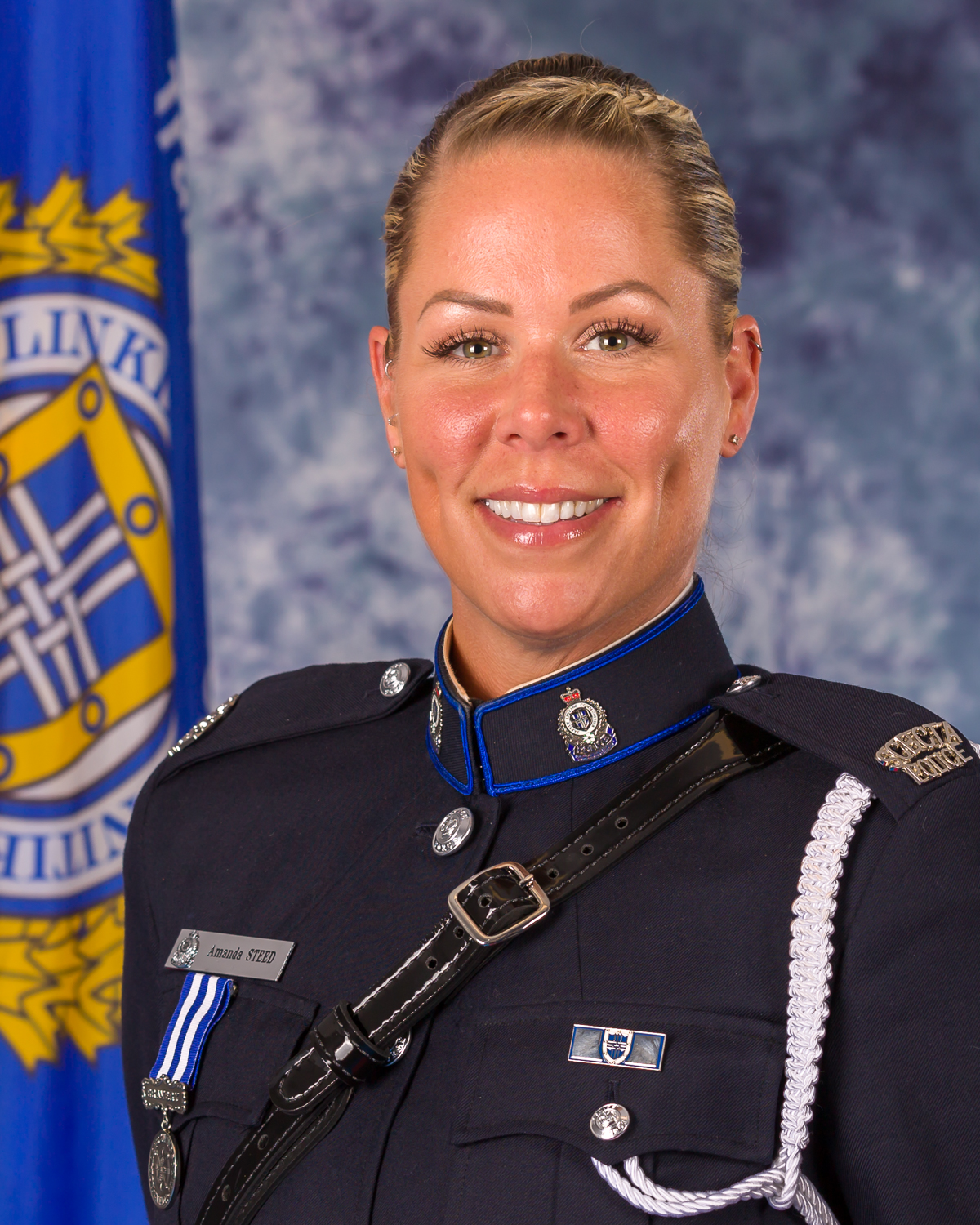 Constable Steed is moving into the role after serving with Transit Police for nine years, mainly as a patrol officer. She is no stranger to the spotlight as she is an active member of the Transit Police Honour Guard, representing the department at many events over the last five years. She may also be familiar to some as the officer who received a Silver Medal of Bravery from the Lifesaving Society after she used CPR while on vacation to save the life of an elderly woman, or as the officer who sustained injuries while breaking into a stolen vehicle to rescue a dog that had been missing for several days.

“Stepping out of your comfort zone can be a little intimidating at first, but I know this opportunity will be nothing short of amazing. I am thrilled to start a new chapter in my policing career as Media Relations Officer with Transit Police, and look forward to navigating whatever the position throws at me!”- Constable Amanda Steed.

Sergeant Clint Hampton and Constable Mike Yake who, until recently, have been the Media Relations Officers for Transit Police will both be moving into new opportunities within the department. Transit Police is grateful for their dedication and hard work these many years, and is confident that they will find success in their new roles.