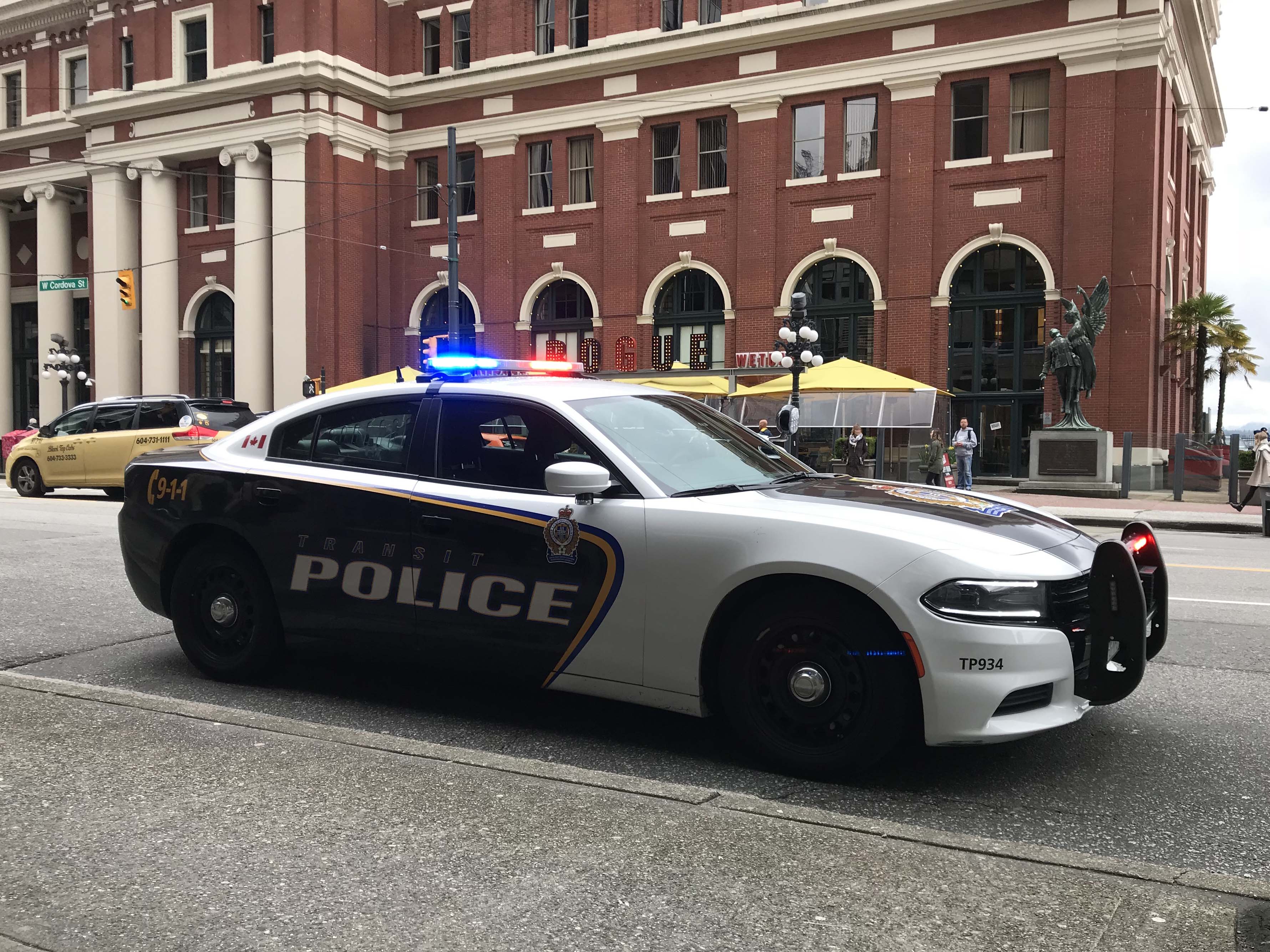 New Westminster – A 30-year-old man has been arrested and charged by Metro Vancouver Transit Police after threatening violence against a man he was demanding money from and a Canada Line Attendant who tried to intervene.

At approximately 8:00 pm on Tuesday, October 9, 2018, at the Waterfront Canada Line Station, a young man was approached by another man who said he needed money because his car had been broken into. When the first man refused to provide money, the suspect allegedly threatened to knock the man out and followed him through the station, yelling obscenities and racial slurs.

The victim approached a Canada Line Attendant who attempted to mediate the situation but the suspect then turned his hostilities on the Attendant. Standing only inches away, he allegedly began aggressively posturing and yelling at the Attendant who, fearing for his safety and the safety of the passenger, contacted Transit Police.

Metro Vancouver Transit Police officers were on patrol in the area but by the time they reached the Waterfront station, the man had fled. After quickly reviewing CCTV video, officers immediately recognized the suspect from previous interactions with him and, following a hunch, attended 29th Avenue SkyTrain Station, where the suspect was known to frequent. The officers’ familiarity with their Community Service Area and the individuals they deal with on a regular basis paid off. The suspect was quickly spotted and taken into custody without incident.

Arrested and charged with two counts of Threatening to Cause Death or Bodily Harm was Connor Alexander LYNN, 30 years of age, of no fixed address and who is well known to police. He was released from custody on a Recognizance with strict conditions including not to be found in Waterfront Station. LYNN’s next court appearance is scheduled for October 24, 2018, at 9:00 am, in Vancouver Downtown Community Court.