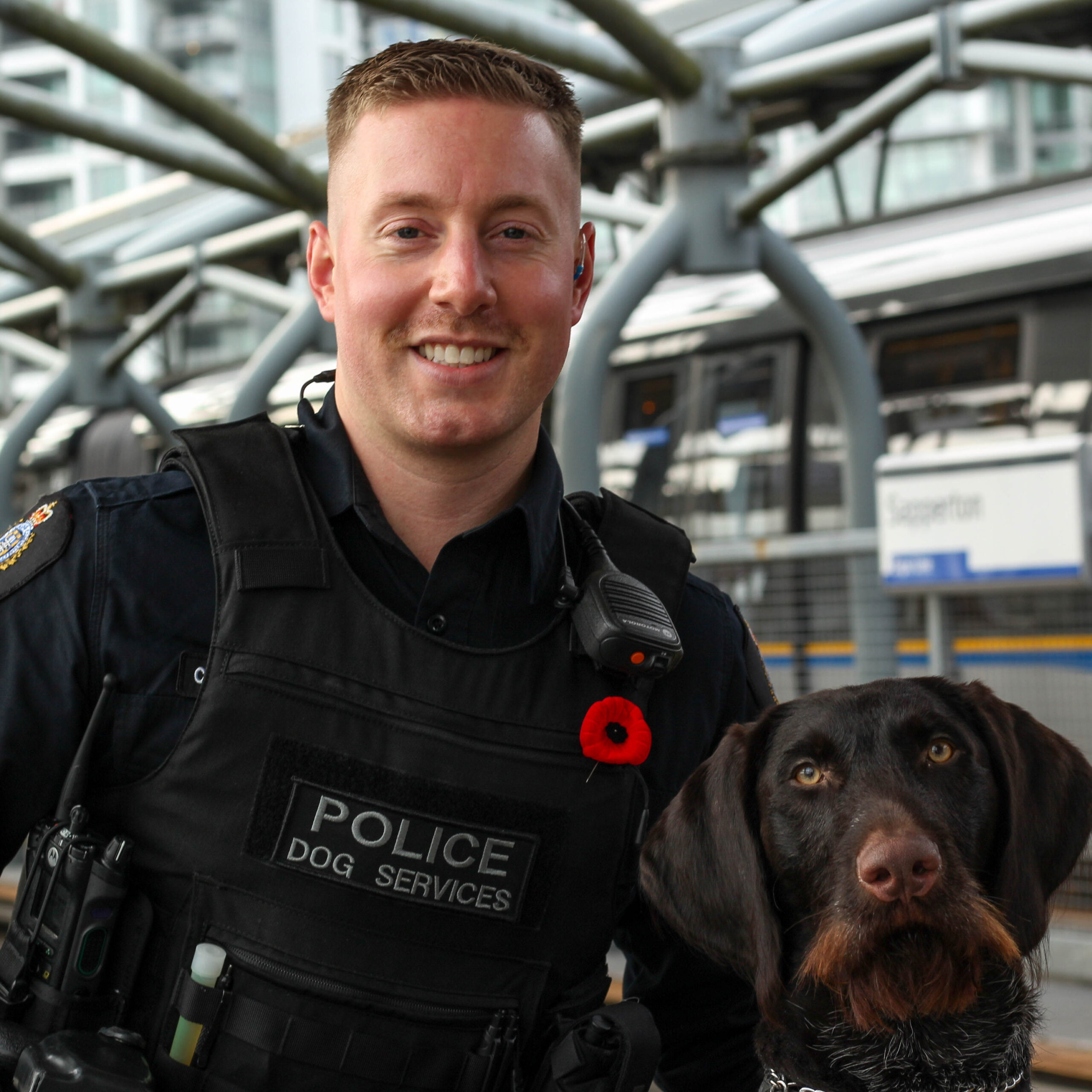 As a Deutsch Drahthaar, the first of his breed to be working for a Canadian police agency, Strider has an enviable mustache that has set a high bar for the rest of the Transit Police Movember Team. Strider’s breed was first developed in the 19th Century as a hunting dog, which is a trait that has been tailored to detect explosive odour. Strider joins the rest of the Transit Police dogs in keeping the transit system safe.